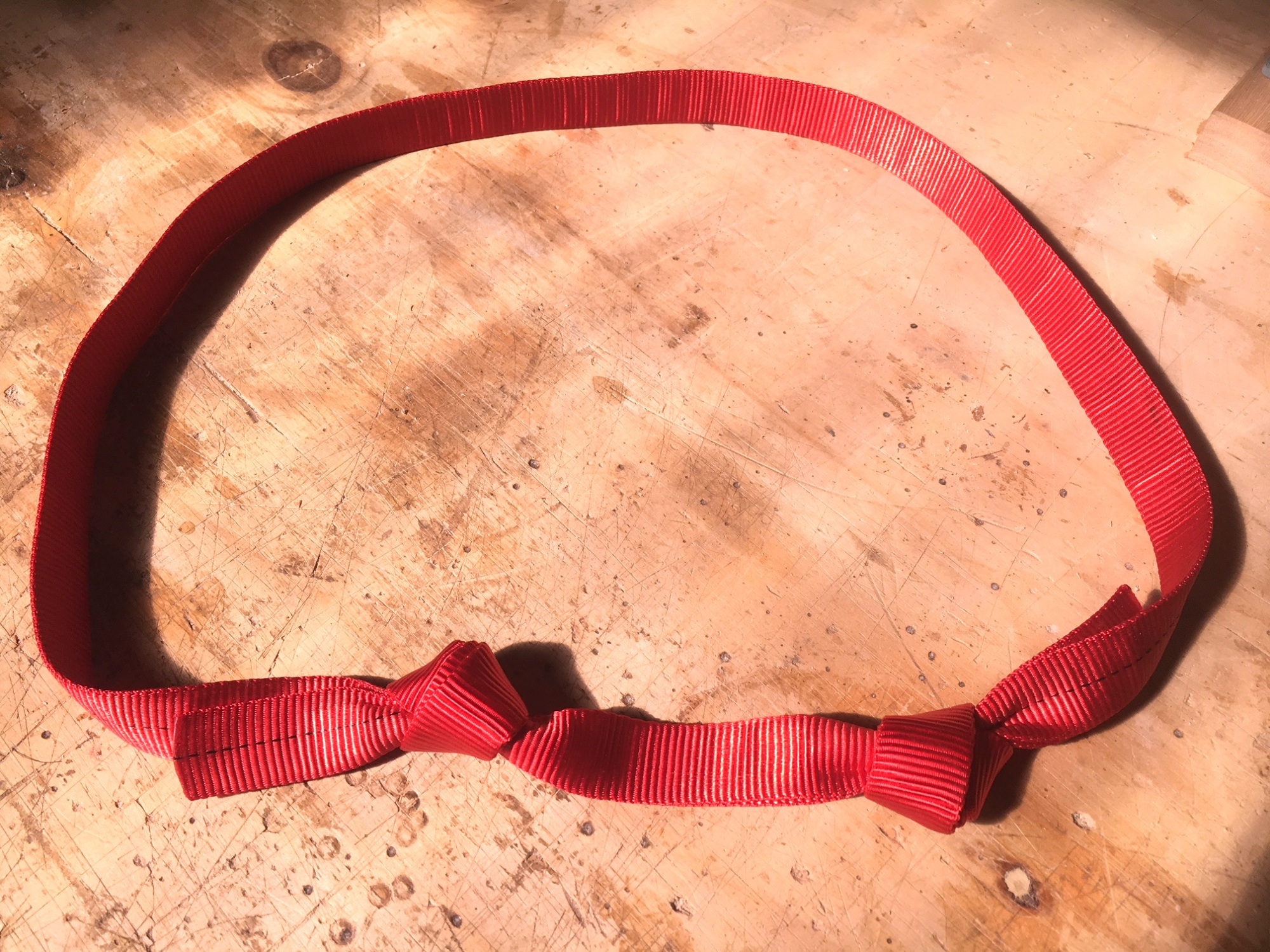 Probably showing my age but I still like he water knot / tape knot.

Takes me back to the days of knotted slings. Nostalgic as this is I still think it’s a cool knot. A good one to know but it does have potential for failure that we need to be aware of.

If an outside strand of the knot snags when under load it can pull the knot open.

Have a look at this great clip from Richard Delaney over at RopeLab.

Solutions? here’s a few I’ve been thinking about:

To tie this you put two overhand knots in one end of the sling then re-thread the other tail through both knots. You end up with a doubled section in-between the two knots. The downside is that it uses a lot of the tape.

PS 23/3/18:  I got to try the double tape knot sling on a pull test machine and it broke at 29.4kN! This was in some burly 22kN nylon tube tape made by Webbing Industries (also their pull test machine, thanks guys for indulging my experiment). Interestingly the knots didn’t slip at all, this might be down to the weave of the tape. The sling was mounted on 50mm diameter pins and broke inside one of the knots. Tried the same tape with a single knot and got 27.9kN. Only two tests but perhaps the double knot spreads the load somehow. I love breaking stuff.

This site uses Akismet to reduce spam. Learn how your comment data is processed.